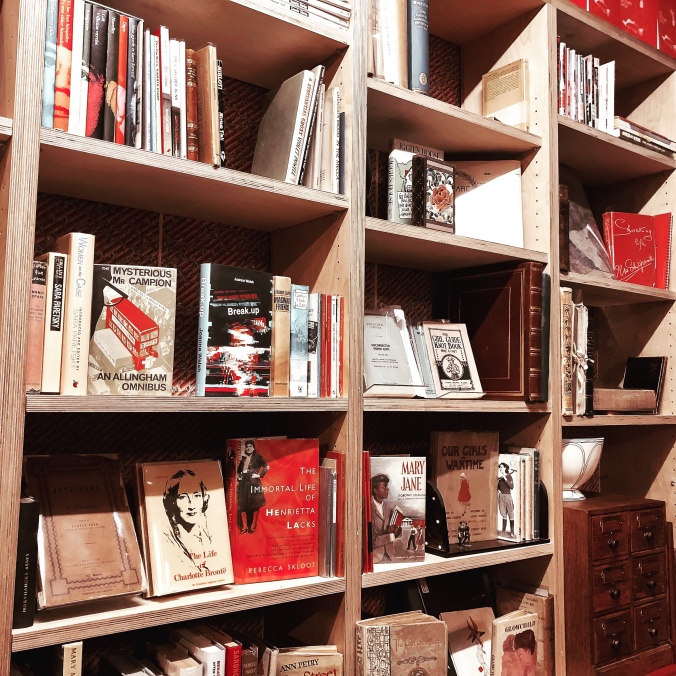 Oh boy, Can I be salty? Let’s be salty. I feel Like my ” blog voice comes out only when I’m particularly irked when my ” Italian sass” TM comes out and I start snapping my fingers (?), I’m definitely not one of those dainty little bloggers, I can’t calm my tits, they have lives of their own! And I’m all for freedom and equality! ( even if one of those is smaller and that bloody brings all my dress necks to one side * insert facepalm here* ) Anyway, I diverge. What were we here for again? Oh, yeah, Stinky tropes that we are all wishing they would just die an awful death.

I’m sure you know, but opening a book is, most of the time, one of the most nerve-wracking things you might do in your day! Picture this: Immagine it, you’ve spent money on something you just barely know, with very little information that it was worthy and knowing it can potentially end in a pile of awful stuff that you wouldn’t tolerate in real life, let alone on written paper! Tropes are the bane of a reader’s life, some of them are amazing! Some simply awful and some might look amazing at the beginning or when you are young and then you just grow a thick disgust about them. Tropes are like receiving a phone call from a number you haven’t registered in your phone: sure it can be work! A friend that changed their number or an old one that hasn’t talked to you in ages! But most of the times it will be a pre-recorded voice telling you that they’ve been notified of the accident you have been involved in. Of course there is no accident and of course, you’ll be annoyed. The first few times you’ll be like sure, tell me! Then you’ll ask to let you be. Finally, you’ll just slam the phone in their faces!

That said, let’s take a pic to my most hated tropes ever.

I think I’m not mistaken if I say that this might possibly be the most hated trope of all times. I thought I’d start big because I’ve got a love-hate relationship to this one. You see, while the rest of the books that fit these criteria sits quite clearly and comfortably in the DNF section, the ones that fit in this one don’t always end there. Some of my favourite books have a version of it too! Insta love or insta-lust is not always bad, it depends on how it’s used!
If the insta-love or lust is justified ( mainly in a magic way) I can see it.  I Can justify it and stick with you! But you still have to make your character have their wits about just enough to reject it! – unless they live in a society that embraces soulmates ofc- And they’d want the other person to fall for them naturally too, or to be comfortable around them, they would take time to know each other, to built something healthy because they are people and that’s how people works! In general then, If the author uses this as a background to something different, a bigger plot, a bigger problem, a backstory that comes back to haunt them, etc! Then yes, I’m down for it! But if within the first 5 pages I’m presented with a description of someone ugly or generally not dead drop gorgeous or a plain jane and then BANG erection! Hell no.

This is going to be short and sweet. I’m not a fan of babies! No, it’s not true, I like babies, babies are great, I just like them as side characters. I like them as ending plot, I like them as it’s not going to change the narrative, I like them as ” we are at that point in this relationship and we want to raise a family”, I even like them as ” this is a book about an unexpected pregnancy, have a child to change everything!”. What I don’t like Is perfectly good books, about a thousand different topics getting sidetracked by pregnancy just because the author was out of things to make happen.

—Magical wars, worlds ending, I hate kids and…  TADA!” I’m actually pregnant” ” we need to keep it”
No, you don’t! Shit happens, you need to save the world, get going girl!
—Random romance in the verge of booming?
—almost ex: I’M PREGNANT IS YOURS * flips table*
—AMAZING WOMAN IN THE VERGE OF SUCCESS AND BADASSNESS, I randomly and stupidly got pregnant because this amazing stud was too hot for me to remember condom or basic anatomy and now If I want to keep it I need to give up MY ENTIRE LIFE to be a sex slave to this super hot dude and get married to him.

Nah. Like, yes but Nah. I’m all for reality and these things might happen in real life ( not the magic war, or maybe that too..?) but the author has always a choice, and it was the author’s choice to do it and I just find it extremely lazy? I don’t know, this might be an unpopular opinion but that’s how I feel… Again, I’m not against plots thoughts and pregnancy needed by that plot, what I’m against is thoughtless pregnancies thrown into the pot because they were left over so, why not * shrugs*.

The same exact thing works for rape, there are moments in which a rape scene is needed because of the plot, the topics, the character act and so on! Sometimes is simply not, but We are there so… why not? ( do you remember the GOT controversy?)

THE — SHIT IS THIS A TRILOGY?!

Oh, this is one and the point next to this are my two biggest pet peeves. Don’t you just hate when the first book is actually really good and has an amazing ending and the two protagonists get together and then they spend the second and the third one apart or broken up just to reconcile during book 3? Don’t get me wrong, sometimes the second book break up is a good thing, it’s a move on arc towards better books ( see ACOTAR), but usually it’s a twilight move ( yes, Twilight is 4 books, but you know what I’m talking about! ) and I just can’t stand it! It gives me major anxiety and it’s the reason why I now rarely touch a trilogy if it’s not a complete one and someone tells me this trope has no space in it.

THE — OH DAMN! IS IT ALREADY THIS LATE?

Oh boy… where even to begin with this? This is the reason why I started writing reviews; the reason why I complain to anyone that might want to listen to me; the reason why I can’t have that feeling of ” I want this to keep going forever but I also to know how it ends”, this is a disgrace. Because you can’t fault the body of the book! At all! The Idea is usually amazing, the book is enjoyable, has a perfect pace and you can see it’s direction and where it’s going is so good! Then you get closer and closer to the end and the book doesn’t feel like it’s anywhere near finishing, which doesn’t necessary means it’s bad, it might be a long series so maybe there is something happening and a cliffhanger? Maybe it’s just slowly going to fade into its ending in order to arrive at something tangible in the next book? Oh, no… ahahah, you fool! The author is just going to pull up their sleeves and make the shit hit the fan out of nowhere! The next – and last- 1.5 chapters will be filled with action, decisions no one was expecting and that they have no way of taking, feelings that haven’t had time to be developed will be tested and all the sh*t will go down. And you, the reader, will be left staring at the acknowledgement page as if you are looking for someone to blame for ruining a very good book! Now, what I usually do at this point is spoiling myself the rest of the saga, just enough to assess if it gets better ( spoiler: it never does). Of course, there is also the version in which bad books that you stick with, trying to see if they’ll get better and then ZAG they get even worse and they also become a super long saga… ugh…

THE— I’M SO NOT SPECIAL I’M SPECIAL

This became famous with Twilight and also overused because of Twilight ( why am I bringing that up so much? I didn’t even dislike the first books so much…). You all know about the plain jane, the mousey haired girl with an important nose and slender figure, with the personality of a fish and the capacities of a rock that randomly becomes the attention of a guy that will go nuts for her and that will creepily tell her that she’s special until she starts to think so too ( cause of we need men for self-esteem, sure Jan) So, yeah, there will be mean girls bringing her down, an overbearing parent, a lot of debatable wardrobe choices and seas of coffee, but the plain-Jane is different from all the other girls ( pls, compliment me more bringing down my fellow female identifying sisters * gag* )

THE —I’M BACK BITCHES!

this is just a pet peeve than a trope but… does it ever happen to you to think “Wow! This was an amazing book! the ending was good too! Lovely stand alone!It might be one of my favourite bo— WAIT WHAT?! It’s a series? Oh… ok… sure I want more but… ok, let’s see! ” and then it’s shit. and it gets shittier and longer and shittier and longer and on and on and on? Eh… that’s it.

I blame this entirely on 50SOG. Sure, it was there before too, but it was ok! It was stalker-y, instalust-y, and particularly relegated to harmony and steamy books! the ones your mom would buy and you would sneak to your room and feel grown up! ( Which, btw, awful, awful example for young impressionable girls… ) It was a hushed type of book and that was ok! Not because sexuality needs to be treated as tabu or because women can’t be sexual, but because often they are full of machismo, mansplaining, misogyny and a very, very, bad use of BDSM ( borderline abuse/rape in some). Again, not every steamy Harmony ( cause there is also romantic Harmony) is/ was bad! What I blame on… I don’t even know who was making one of the most awful ones come out of that little pocket of reality and become a mass media sensation! Now the trope, free and acknowledged inflated its ego and thought it was ” what reader wanted ” so you ended up finding it e v e r y w h e r e! Ruining perfectly good books of 1000000 genres! Sigh.
Fortunately, the storm has passed, but we brave — how was it? OH! — Raging feminists are still here holding the fort and fighting this plague! We are working for you Gals, non-toxic guys and everyone in between!

To be honest, I’ve got many, many more, I’m quite picky and also pretty symple when it comes to books! In general this post is long enough and I’ve dropped in it enough unpopular opinions for one time! What’s your pet peeve?
Happy Blogmas!