In my last post I wrote to you about my favourite movies, but how about tv shows? I’m quite regular about those, I love the fact that I can divide my week with the broadcast of the different shows I’m watching at the moment and, after their season finale I walkways find myself a bit lost!  A heads up,  I’m not exactly a cool series watcher, you won’t find stranger things, Game of Thrones or similar here, sorry pals!

Growing up me and my mother never really had much in common, she’s a dog and I’m definitely a cat, the only thing we always managed to bond on was tv shows ( And the key Scarpetta series) there was always one tv shows going at a certain time during the day and that would be ours, we would drop everything and just watch it together, Now that’s my favourite childhood memory, it was really special for me and I always thought of it as the only thing that me and my mother ever really had in common! Once my English was good enough and my brother came into the picture we kind of stopped conceding each other the luxury of that hour together but  we still remained connected through tv shows, I would watch it in English first and punctually spoilering her what would happen later on in the show ( being the Italian stream almost always a season behind).  That banter follows us still, she will complain of me spoilering me, I will promise not to tell her anything, she will call a couple of days later demanding spoilers and so on! We love it, and I always feel that special ( and frankly only ) connection spark up again. So what are those tv show I watch? Let’s get to it!

This tv show is, by far, my favourite one. It used to be CSI but as soon as this started I was sold. I enjoy every single character, I’m so invested is insane, They all feel like family and the number of things you learn from it is crazy! The plots are spectacular, the personal threads of the team are fresh and recent, the acting is phenomenal and It’s the only show that I make a rule to watch on Thursday and not the same night it comes out because I need to be awake and quick on my feet for it! Obviously, my phone will be perched right next to me so that I can call my mother with the latest shocking pieces of information!

I like, I used to like it better tho… Let’s just say that I stick to NCIS because of pure inertia, I still care about a couple of the characters that are still in it but not as I used to do before, NCIS LA explains itself: LINDA HUNT.

I grow up with the original version of this tv show, I remember eating lunch at my grandma’s house and then running in the leaving room ( where she will soon come to tell me off because I will perch myself with my elbow on the sofa and I would sit too close to the tv, how no one realised I needed glasses until I was 19 and I brought myself to an oculist is a mystery), to watch MacGyver on tv, It was crafty, hilarious and my grandpa would often join me, so when they rebooted the series I couldn’t help but get sucked in! The actors are amazing, the plot is spectacular and I just love it.

Does this point needs an explanation? I’m still bummed we are not getting a Christmas special guys! I can’t wait! I need them all on my screen! Tennant and 9 were my favourite doctors but Capaldi has also a special place into my heart, Jodie… well no words, she’s THE BOMB! I just would like a 13 X ROSE… C’mon, guys, imagine it! Just imagine it!

Those are my main tv shows, I also watch the CAOS series, because the Spellman have my heart, FBI and BULL, the Frankie Drake Mysteries, Legacies, and so on but at the moment Those are the ones that I religiously can’t miss! 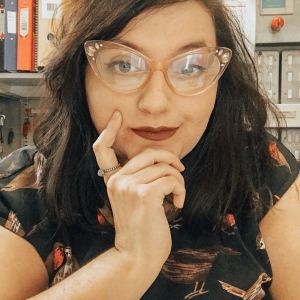